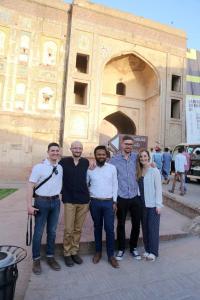 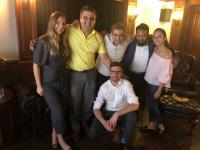 Earlier this year, Professor Matthew McCartney led a group of Oxford graduate students on a trip to the Lahore School of Economics in Pakistan.

The group attended and presented at the Fourteenth International Conference on the Management of the Pakistan Economy (LSE 28-29 March 2018).

Below are the reflections of some of the students who attended: 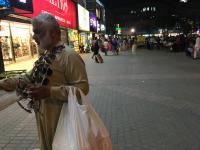 "There are almost no words to describe the CSASP/LSE Exchange trip. I was overwhelmed with the sheer generosity and warmness of our hosts at LSE and the people we met in Pakistan. We were made to feel so welcome and at home in Lahore that upon leaving I immediately wanted to return. 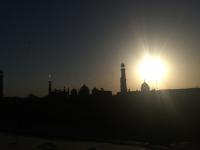 Two of my most memorable moments from the trip include watching the sunset and having dinner overlooking the gorgeous Badshahi Mosque, as well as attending the unusual and elaborate flag lowering ceremony that celebrates the closing of the border between India and Pakistan.

While I do not have a background in economics, attending the conference allowed me to explore and engage with an array of multi-disciplinary and critical perspectives, and learn much more about Pakistan. Meeting with Pakistani academics and presenting my research on refugee and human rights law was also extremely beneficial. It allowed me to gain insights and critical feedback from academics and students working in an entirely different field, which is food for thought for my work. 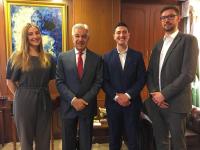 I was lucky enough to interview the Minister for Foreign Affairs in Islamabad on Pakistan’s repatriation of Afghan refugees back to Afghanistan and how to ensure their safety, as well as what Pakistan is doing to address the current Rohingya refugee crisis. This was a truly eye-opening experience where I explored refugee law from the perspective of a country that is not a signatory to the Refugee Convention but hosts millions of refugees.

The trip has opened up many new paths and focuses I could take with my work in refugee and human rights law. Visiting Pakistan has inspired me to write a paper on refugee law and protracted refugee crises in Pakistan, as well as keep up the contacts I have made both personally and professionally." 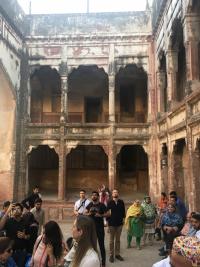 "Pakistan rarely features in anyone’s dream destinations list. But, my visit to attend the annual Economics conference at the Lahore School of Economics (LSE) has been one of the most memorable experiences of my life. Having spent most of my formative years in the Indian Punjab, on the other side of the border, hardly 30 kilometres from the city of Lahore; it was a surreal experience to witness how false borders divide the human race. The weeklong stay helped break many of the misgivings commonly associated with the country. I could see how religious structures of the minorities are well preserved or how the higher educational institutions have significant female students’ representation. The conference was a helpful introduction to the socio-economic challenges ahead for the nation along with the opportunities arising from the massive Chinese investment in the form of the China Pakistan Economic Corridor (CPEC). The host, the LSE, took care of every aspect of the trip and the staff were readily available. The visit to the old city, the Lahore Fort, the beautiful canals which snake through the city or the historical Badshahi mosque are some of the highlights of the tour.

I would like to thank Prof Matthew for giving me this opportunity. I will be willing to answer any query for future applicants."